The need for a just transition is getting clearer every day. This year has been marked by both the global pandemic, and the fires, floods, and heat waves brought on by the climate crisis. In the last two weeks we've seen government negotiators, fossil fuel lobbyists, and communities at the frontline of the climate crisis duke it out at the climate negotiations in Glasgow, UK. The outcome of these negotiations is mixed: Canada promised to end fossil fuel subsidies and international finance for coal projects, but the full negotiation text still doesn't fully recognize and address the elephant in the room: the need to end fossil fuel production and use.

To win the effective action we need on the climate emergency and growing inequality, we need to continue pressuring our federal government to go even further than their Glasgow promises. This shift away from fossil fuels will require reimagining many parts of our society – how we get around, how we stay warm, how we grow food, how we work. We can decarbonize while supporting our communities through this shift – this is the essence of a just transition plan.

As part of our Flood Parliament campaign, people across the country are asking their MPs to bring our demand for just transition legislation to the House of Commons. This work is building up local networks of people who are calling for a just transition in our communities, and calling on MPs across party lines to champion this important legislation. 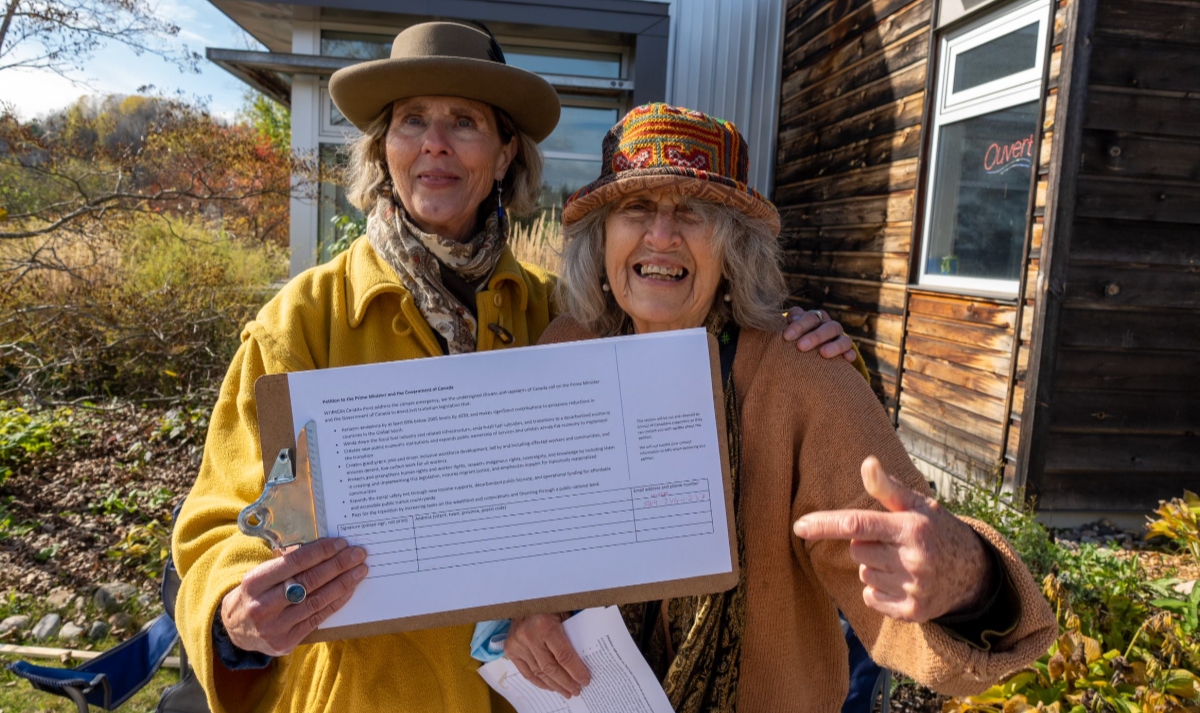 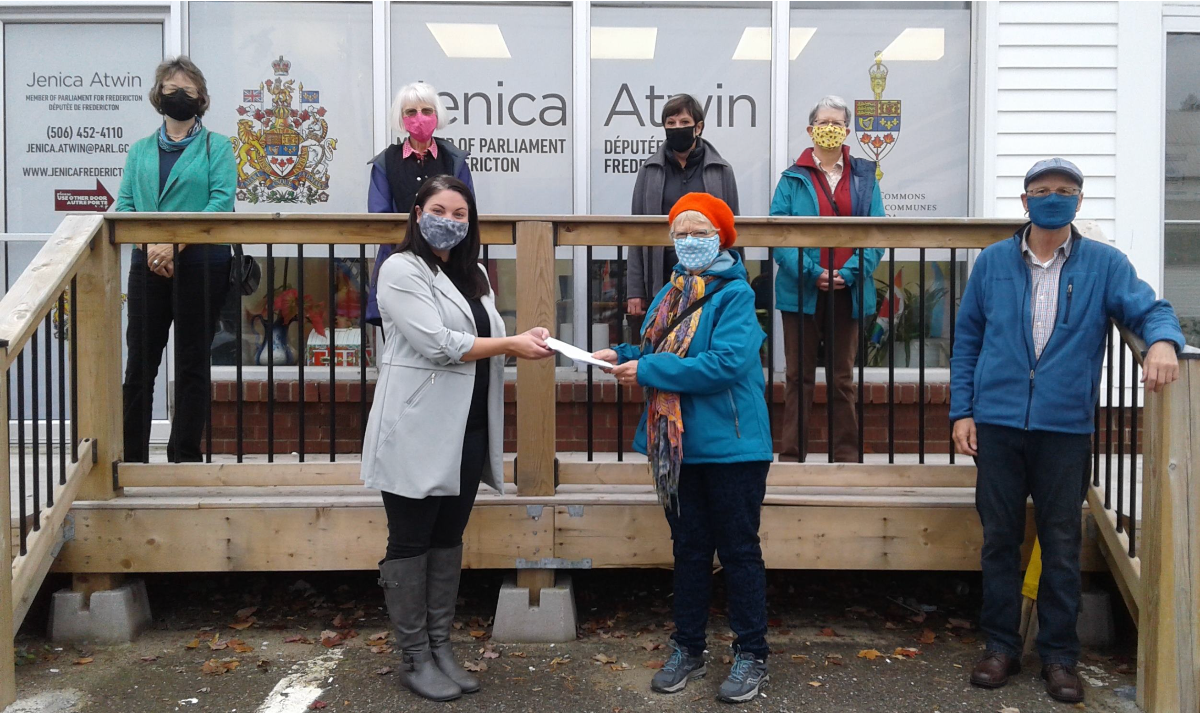 In the last four weeks, together we've accomplished a lot:

Here are some highlights of the last four weeks:

In the first week of this campaign, people in more than 24 communities held rallies, demonstrations, and educational events, canvassed their neighbourhoods for support for a just transition, and met with MPs on this issue.

Our friend Laura Stewart met with her Conservative MP in Regina, Michael Kram, who said he wouldn't take her petitions because it didn't align with his party's platform. Laura was determined to have prairie voices heard, so she hopped on her bike, rode 150km to catch the train in Melville, SK, and headed for Winnipeg. There, she met with dozens of local people who want to see a just transition plan in the prairies and across the country, and is arranging meetings with Winnipeg MPs. Read more about Laura's journey here.

Parliament resumes on November 22nd, and soon after that, the MPs that have committed to table our petition will start speaking about the need for a just transition in the House of Commons.

Canada made a lot of promises at COP including ending subsidies to fossil fuels and ending international coal financing. These are nice promises, and in order to make sure that we can both decarbonize and take care of people as we do that, we need just transition legislation, and we need the government to get serious about creating and passing this legislation soon.

Join in the action today! Here's how:

2021 Throne Speech fails the climate test
1 semaine ago
Hundreds urge Trudeau to prioritize Just Transition Act in new Parliament
1 semaine ago
A path to get out of Code Red
4 semaines ago
National organizations call for an end to thermal coal exports during COP26
1 mois ago
Climate Emergency: Nova Scotia’s Environmental Goals and Climate Change Reduction Act
1 mois ago